ID Theft, Scams – How to Prevent Becoming a Victim

ID Theft, Scams – How to Prevent Becoming a Victim

Social Media: ID Theft, Scams and How to Prevent Becoming a Victim

Social media has made it easier for people to share their views and opinions with the rest of the world. It has made keeping in touch with friends and family and sharing aspects of your life through status messages, pictures and videos easier. On the entrepreneurs’ side, social media sites such as Facebook provide a venue for them to reach their target market. The same goes for game and app developers who launch their work on social networking sites.

As of March 2013, Facebook had approximately 1.11 billion members. This figure is certainly impressive if you think about just how many individuals and businesses can get connected through social networking sites. On the other hand, this figure also spells trouble for Facebook and its members. Criminals like hackers, scammers, fraudsters and thieves will be attracted by the sheer number of people that they can potentially victimize.

If you’re not careful with how you use social media, it could possibly turn on you. The amount of personal information you put on your profile is enough material for crooks to work with. Hackers who can get into your account can either sell your information to ID thieves or use it themselves. Identity thieves will use your details to assume your identity, commit fraud and other crimes under your name, and even victimize the people in your network.

Figures related to ID theft and fraud are alarming. In a recent report published by Javelin Strategy & Research,  5.26 percent of U.S. adults became victims of identity theft and fraud in 2012 — that’s roughly 12.6 million people. You’ve probably heard of several identity theft stories which show you just how troublesome and exhausting it is to try to resolve a case of identity theft. It could take you several months to fix things, from filing reports to your banks, the credit bureaus and the police to putting a fraud alert on your accounts and freezing your credit. Resolving ID theft and fraud cases is emotionally and financially exhausting for the victim.

Another problem that many individuals encounter on social networking sites is cyber bullying. What is bullying of this type compared to traditional bullying? It’s basically the same, but the bullies hide behind a cloak of anonymity because Facebook and other social networking sites provide the venue for anonymous bullying. Targets of cyber bullying end up shutting down their accounts; in worst cases, the victims have committed suicide.

Aside from identity theft stories, you’ve also probably heard about the numerous scams that abound on Facebook. One of the most popular types of scams involves crooks using the identity of well-known personalities and creating phony Facebook accounts in their name. The personalities are usually people of authority, with the more recent identity theft victims being religious leaders.

Crooks choose high-profile ministers, pastors and well-known evangelists who lead very large congregations and communities. The scammers create an account using a religious leader’s name, uses the same profile pictures and impersonates him. Because these leaders ask for donations for benevolent causes, the followers can often be conned by the crooks into giving up their cash by pretending to ask for monetary contributions to made-up causes.

This type of scam works because the victims normally support mission projects set up by their congregations. It also helps that the identities of trusted figures are used by the scammers, and that Facebook doesn’t have a system in place to block fake profiles from being created. Facebook can only take down fake pages on request, but scammers can still create several phony accounts anytime.

So what can you do to avoid falling prey to identity thieves and scammers? You can follow these best identity theft protection tips for a start:

Identity theft can happen anytime, and scammers are everywhere just waiting for you to fall for their ploys, so you should always be careful.

What other scams and ID theft stories related to Facebook and social media do you know of? Share them with us along with your personal tips on how to protect yourself from ID theft and fraud.

Joy Mali is a staff writer for The Washington Times and Examiner. Her work is also published on Lifehack, Yahoo and other mainstream sites. She likes to share interesting tips to help people manage their personal finances and credit. Read her latest articles on how to secure your credit  from fraud and theft. 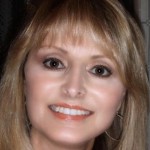